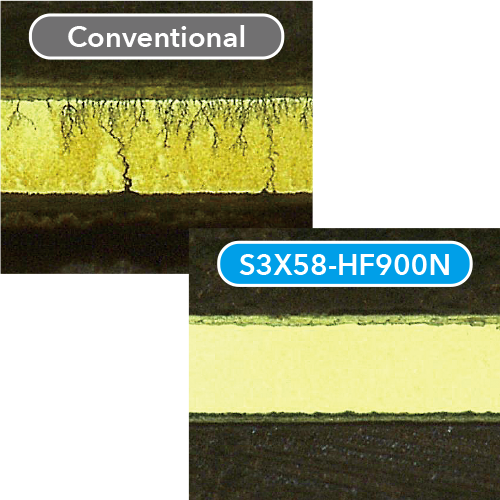 When testing insulation reliability and flux residues, a 0.317mm gap comb coupon is normally used for both JIS and IPC standards. However, more and more customers are recently requesting a narrower gap test coupon.

■Solution
・The activator reducing system and hydrophobic rosin system in S3X58-HF900N prevents the formation of ionic metal.
This helps stop the occurrence of electro migration in very narrow tracks. 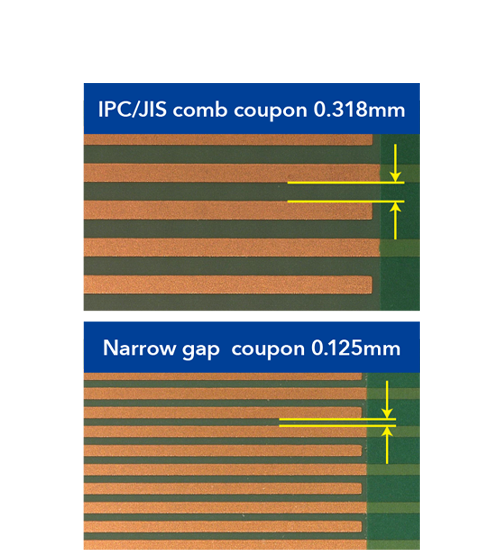 ■Conventional
Lowered insulation resistance due to the existence of ionic substances in the flux residue accelerates activity of the ionic substances.
Discharged metallic ion at the anode transfers to the cathode and gets reduced to a metal. The metallic deposit accumulates to form a dendrite at the cathode and shortens the distance between the electrode, resulting in ionic migration.